CABARET TONIGHT IN NYC: RICK DERRINGER AT THE IRIDIUM

CABARET TONIGHT IN NYC: RICK DERRINGER AT THE IRIDIUM 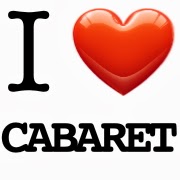 Young guitar great, vocalist and entertainer Rick Derringer will perform at THE IRIDIUM JAZZ CLUB (1650 Broadway, NYC - 212-582-2121) on Friday, November 22nd with shows at 8:00 & 10:00 pm. Derringer was just 17 when his band The McCoysTM recorded the No.1 hit "Hang On Sloopy" in the summer of 1965, knocking "Yesterday" by The Beatles out of the top spot. The McCoys had enjoyed four years of successful touring, when Rick merged his talents with Johnny Winter in 1969 forming Johnny Winter And (And referring to the McCoys). Rick was the only producer of all gold and platinum Winter Brothers recordings. In '71 Rick was featured on three records, "Johnny Winter And", "Johnny Winter And-Live" and "Edgar Winter's White Trash". "And" featured the first version of Derringer's "Rock and Roll Hoochie Koo" which was also released as a single, then selected again for "And - Live". Eventually, the busy Derringer joined Edgar Winter's White Trash full-time and produced the gold LP, "Roadwork". Derringer's solo album, All American Boy was released in '73 with the now already popular "Rock and Roll, Hoochie Koo", this time as a 'hit' single. Now, after 4 decades he is still going strong. There is a $35 cover plus a $15 food/drink minimum.
copyright 2013 - See cabaret listings from all over the world at CABARET HOTLINE ONLINE
Posted by Unknown at 3:35:00 PM